Our first trip to Africa south of Sahara was to South-Africa, visiting the North-East as well as the Cape Town area. The first week in this trip in 2005 concentrated around a four day visit in Kruger National Park (KNP). Our next travel to South Africa and Kruger National Park was in 2009, and again the first week had four days set aside for a visit to the park. Our experience about the park is based upon these two visits (even though planning for a third trip is in its beginning).

KNP is a large National Park, four hundred kilometers long (from south to north), traversing Mpumalanga and Limpopo. I will start describing my favourites from north to south.

The northern border of the park is the Limpopo river, and up here you feel the sub-tropical climate and will se birds hard to see anywhere else in South-Africa. Places like Crooks Corner (with view to Mozambique and Zimbabwe), and Pafuri area with Luvuvhu River, is one of my favourite experiences in Kruger. Dense woodland, flowing water and warm humid air makes this a really nice place, totally different from the park further south (dominated by savanna).


Punda Maria is a camp in the north, situated on a hill. It's a small, intimate old-fashioned camp, with a great water-hole experience. I liked the stay here, again due to climate. The night drive was very nice in here, you really feel being in an isolotaed place in the low hilly landscape around the camp (even though we are close to the park border). And the sunset (and sunrise) at the waterhole gives you close contact (and photo-opportunities) with animals and birds.

Shingwedzi is the next major camp south. Not a very special camp (to me), but again a traditional camp with 'old' atmosphere. The wildlife along the river is great.

Mopani is in the mopani bush area, favourite food for the elephants. The camp is on top of a hill, and the terrace has a wonderful view over Pioneer Dam, a large (artificial) waterbody bringing a lot of life to the view (and shorebirds).

Letaba is another favourite. It's located along the Letaba River, and the view over the river from the banks as it turns below is great. The view is unfenced, and the closeness to the more open wilderness is really felt. The river area (mostly sandbars in the summer) teams with life of all kinds coming and going back into the bush in the background. And in the dark - just listen to Africans sounds! The camp contains as well the park's Elephant Museum, a really nice place to see how big the great bulls, and their tusks, once became!

The next river, and major camp, is the Olifants, The Olifants river runs deeper in the rocky tarrain, completely different to the others up north. Great views are provided over the river and ravine, both from the camp, bridge and other lookouts. As Letaba River, the Olifants crosses Kruger west to east end runs into Mozambique. There are some really nice places (and hides) along Olifants downstream.

Now we are entering the highest part of the Kruger, and the most open savanna in the park. The Satara camp is in the middle of the area, in a hot summerday maybe too much so (longing for the breeze along the rivers). The camp is quite large, and not very exiting, but of course the savanna is. This is one of the best parts of the park to actually see the large cats, leopards climbing into the few large trees on the plains.

Not much to say about the main camp in Kruger, the Skukuza camp and headquarter is very close to the civilization.... But the remains of the railway-bridge into the area bear witnesses to the fact that a park may be about taking the nature back.

The road down along Sabie River to Lower Sabie camp gives back the "tropical" feeling. More trees and vegetation gives a greener impression, more birds, but less (harder to see) animals. The road follows the river woodlands, contributing to the feeling. Getting down to the camp, the view over the river from the restaurant area is fantastic, actually mostly wetlands (broad extension of the river).

Crossing Crocodile river further south, leaving the park, is a strange "return to civilisation" experience, immediatly missing the wilderness feeling in the park. That initiates immediately a thought on when will we be back next time. The plan is, november 2017! 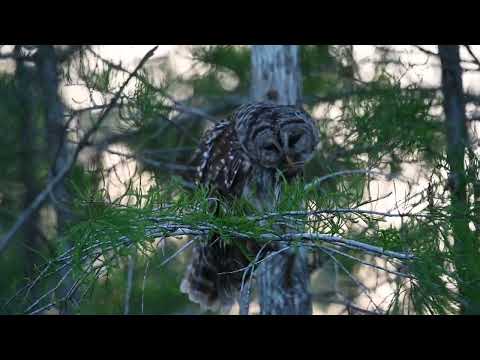